At the foothills of the Babylon Toren Mountain you will find this enchanting cottage for rent. We love the whispered views and its scenic escape with neighboring vineyards.

The wine trail are impressive and here are the top vineyards according to decanter.

Hamilton-Russell Vineyards grew in reputation from its first vintage in 1981. Peter Finlayson, its first winemaker, also recognised the valley’s potential for the Burgundian duo, and this was confirmed when the 1986 Pinot Noir won a local competition at which Paul Bouchard (of Bouchard Aîné) was a judge.

From the centre of Hermanus to Hamilton Russell Vineyards is roughly 8km, and it‘s best to set off after rush hour. The Pinot Noir and Chardonnay that established Hemel-en-Aarde’s reputation are a good launching pad for the day. Also excellent are the estate’s peppery extra virgin olive oil and fynbos honey.

A few bends further up the valley finds La Vierge, where Gerhard Smith, with several years’ experience in New Zealand’s Wairarapa region, brings Pinot expertise to the four versions he produces. These can be enjoyed on the verandah with spectacular views of the nearby mountains and sea.

In 1989, Finlayson assembled a group of shareholders, later to include Bouchard himself, to start Bouchard Finlayson, on a site just above his former employer.

While pristine fynbos with indigenous vegetation covers most of the property (guided walks with a botanist are offered), Chardonnay and Pinot Noir are the focus in the vineyards, though like others, Finlayson ventured beyond: his Hannibal blend, featuring Sangiovese, Nebbiolo and Barbera, offers an intriguing diversion.

Before wending your way slowly down the valley, stop to taste Kevin Grant’s Ataraxia Wines in his eye-catching Wine Lounge: an art-filled chapel built in keeping with the vernacular Overberg style.

Alongside Bouchard and Grant, Hannes Storm is another Burgundy enthusiast to start his own winery after being schooled in Hemel-en-Aarde’s possibilities at Hamilton-Russell. Open by appointment only.

Others have arrived in the valley, setting up their own cellars: Newton Johnson was soon acknowledged, both locally and internationally, in particular for its Pinot Noir, but also for quality across its range.

Craig and Anne Wessels have shown Cabernet Sauvignon can be a success at Restless River, as well as the excellent Chardonnay they’ve made for some years.

Jean-Claude and Carolyn Martin, high up on the Hemel-en-Aarde Ridge at Creation, have ventured into Rhône territory with fresh, elegant Viognier, Syrah and Grenache.

Chris and Suzaan Alheit’s Alheit Vineyards (open by special arrangement only) new Hemelrand Vine Garden, a field blend of Roussanne, Chenin, Chardonnay, Verdelho and Muscat de Frontignan, is destined to become as acclaimed as their Chenins from other parts of the Cape.

Today it is a thriving tourist resort, hosting annual events such as Hermanus Fynarts Festival, 10 days of music, wine and art – many famous South African artists lived and worked here – and a whale festival held annually during spring when the much-loved southern right whales return to Walker Bay to give birth.

With so many diverse pursuits and wines located in such beautiful surroundings, visitors to Hermanus and Hemel-en-Aarde are spoiled for choice.
[reblog]

Summer Weekends where you are able to simply relax and be with good friends has really no price tag.  Spending time admiring how lovely the vineyards in the Hamptons are really brought us much joy.  We had no schedule and were not rushed at all and we just simply soaked in the landscape ending with a wonderful sunset on the beach. Dinner at Painters was fab-O.  The sunflower fields at Pindar were delightful!  Live Music and good food surrounded us as the outdoor festivals.

We love the color navy and here are some helpful fashion tips. Winter white is always a look we rock. Emerald cut you can never go wrong. A comfy spot for your media space and Big Game event in February. We are in love with this one. Luxury bubbles for home.

DIY remedy a new one (See Below)! Our Radio on what is in our car at the moment.

Known for their smooth complexions, women in Mexico have long been exfoliating with avocado.

Try now: Make your own face scrub by drying out a clean avocado seed in the sun for one week. Cut into 4 pieces and drop into a blender to grind into a chunky powder. Mix the remnants of the seed with a daily moisturizer and massage into skin while in a steamy shower. 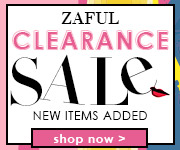 Save 20% off all products site wide at Swoozie's!